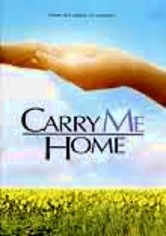 2004 PG-13 1h 37m DVD
From director Jace Alexander, this Showtime original feature tells the story of Carrie (Ashley Rose Orr) and the heartbreak she faces following her father's death during World War II. She takes her grief out on her mother, Harriet (Penelope Ann Miller), and spurns the affections of her classmate Zeke (Nicholas Braun). Things go from bad to worse when her mother meets Bernard (David Alan Basche), who has hopes of marrying Harriet.