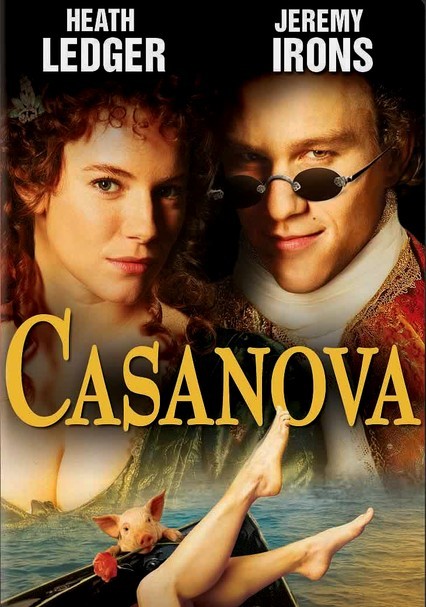 2005 R 1h 51m Blu-ray / DVD
Lasse Hallstrom's witty romantic comedy stars Heath Ledger as Jacamo Casanova, the infamous and dashing player of 18th-century Venice who holds the key to every woman's heart -- every woman, that is, but one.

Parents need to know that this romance is focused on the legendary 18th-century lothario, here revised to suit a secret identity plot and his romance with a proto-feminist writer. The film includes some raunchy sexual material, plus jokes about bodily functions (as well as verbal and visual jokes about one character's obesity). References are made to sexual pleasures, "whores," brothels, virgins, "fornication," as well as "coming" and "instrument" (as double entendres). Characters appear in various states of undress, women wear cleavage-revealing dresses. Characters drink at parties; one smokes cigarettes.

Much discussion of sexual activity, some kissing and revealing clothing, partial undress.

A duel, some rambunctious action.

Sexual excess is a theme, though lovers learn to commit to single partners and respect one another.

Some drinking at parties, brief smoking by one character.