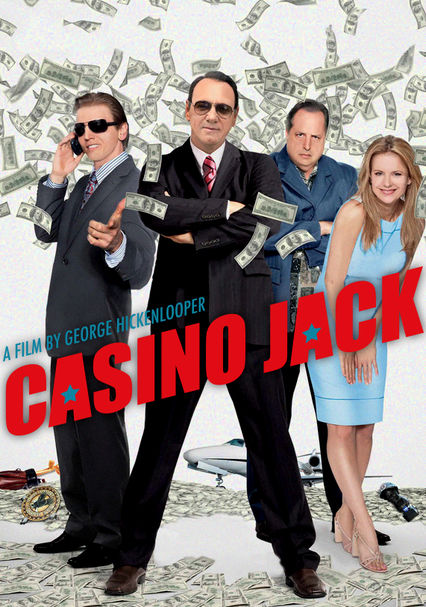 2010 R 2h 4m Blu-ray / DVD
No stranger to wealth and power, slick lobbyist Jack Abramoff lands deep in a political corruption scandal after bilking millions from Indian tribes. Greed and vanity catch up to the charismatic Abramoff in the form of the mob, the media and the law.

Parents need to know that this humorous biopic about convicted fraudster/"superlobbyist" Jack Abramoff ( Kevin Spacey) is rife with foul language, including the pervasive use of "f--k." There's one brief scene of violence -- a stabbing, with blood -- and some nudity (breasts); some secondary characters also sleep with multiple women. Jack is an entertaining character, but the movie isn't celebrating his bad behavior: He's very much presented as a bad guy. Note: A similarly titled documentary about Abramoff -- Casino Jack and the United States of Money -- was released earlier in 2010.

A secondary character is seen with two naked women in his room, with naked breasts on view. Another main character cheats on his girlfriend and sleeps around. Viewers also see dancing girls in a casino, though they mostly wear skimpy costumes.

A character is stabbed with a pen, and viewers see some blood. Also lots of shouting and arguing.

Dozens of uses of "f--k" throughout the film. Other words used less frequently include "s--t," "goddamn," "ass," "hell," "whore," "schmuck," and "bastard." Characters also use racial slurs from time to time, especially to describe Native Americans.

Though the movie is primarily about a terrible person, the movie is well aware of that fact, and his faults are always evident to viewers -- and he eventually gets his comeuppance for his extreme greed and perhaps even learns a lesson or two. That means the audience ultimately comes away with the message "do not try this at home."