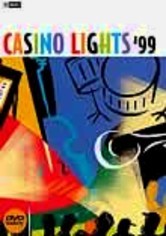 1999 NR 2h 4m DVD
Jazz in all of its forms can be found at its peak in this concert recording of the 1999 Montreux Jazz Festival in Switzerland, featuring such top performers as Bob James, George Duke and Rick Braun. Joining them throughout the show are Boney James, Larry Carlton, Kenny Garrett, Fourplay, Kirk Whalum, Kevin Mahogany and Mark Turner as they jam on such tracks as "Mind Games," "Cold Duck Time," "Yesterday I Had the Blues," "Always There" and more.