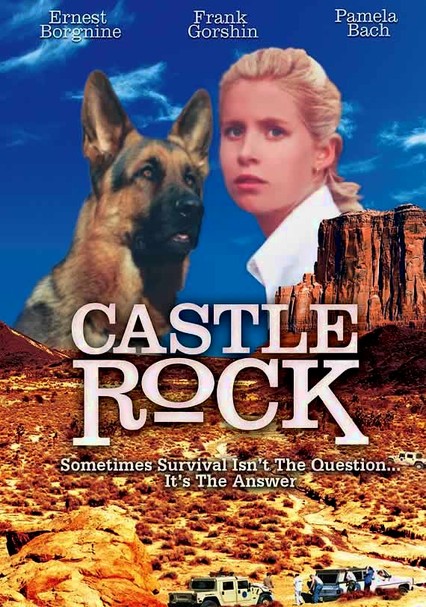 2000 NR 1h 25m DVD
Alana Austin and Frank Gorshin star in this exciting family-oriented action adventure set in the Arizona desert. Spirited teenager Andy Harper gets caught up in a series of unfortunate events that leads her into an uneasy alliance with a handsome drifter running from the law. Together, the two must brave the harsh wilderness and rely on each other for survival. Hollywood great Ernest Borgnine co-stars as Andy's ailing granddad.

Parents need to know that this movie is packaged with Benji's Dog Tale Collection, but is much more graphic and mature than Benji movies. Instead, viewers will see an intense portrayal of a troubled teenage girl lost in the desert with a teenage boy. The movie includes racial epithets directed at Latinos, a family dog driven mad by rabies who gets shot and killed, graphic scenes of injured legs and snake bites treated with maggots and pocket knives, and mild profanity.

Before falling asleep while lost in the desert, one character tells another character, "Don't get any ideas. We're not sleeping together."

Graphic scenes of maggots crawling on an animal carcass, later removed by a character and used to treat the bleeding, infected, and nearly gangrened wound of another character. A venomous snake is shown biting one of the characters, and another character treats the bite by taking out a knife and cutting into the skin where the bite happened. An older character falls to the ground, the victim of a stroke. The family dog runs away, catches rabies, is presumed dead, returns to the movie driven mad by the rabies and trying to attack the two main characters, is later shot to death by a border patrol officer.

In spite of their perceived differences, Andy learns to like Antonio as they try and survive in the desert.

Early in the film, reference is made to the teenage daughter being in trouble with the law and her mother for going to a party where there was drinking.