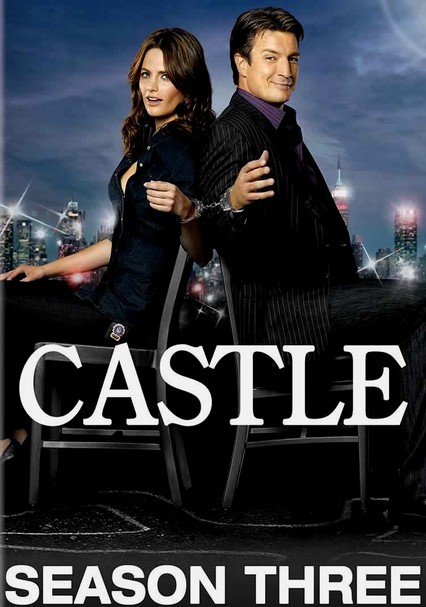 2010 NR 5 discs
In the third season of this popular crime series, no-longer-blocked mystery writer Richard Castle (Nathan Fillion) continues his uneasy dance with brainy NYPD Det. Kate Beckett (Stana Katic) as they investigate cases -- and their feelings for one another. Alternately annoyed by and attracted to each other, Castle and Beckett make an unlikely but effective crime-solving team in this drama co-starring Molly C. Quinn as Castle's teenage daughter.