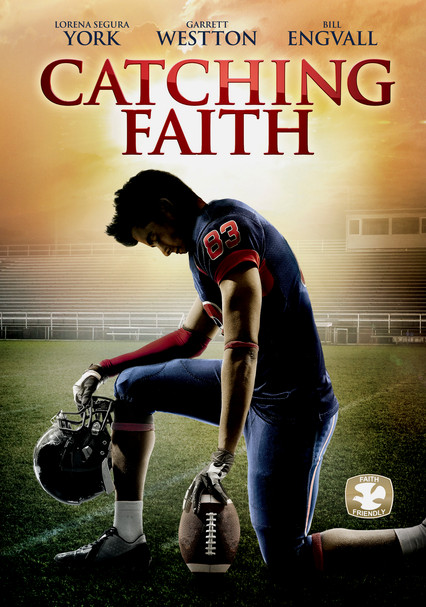 2015 NR 1h 28m DVD
John and Alexa Taylor appear to have the perfect life. Their son Beau is the high school football star, but when Beau is caught drinking alcohol, his place on the team is on the line. With the football season at stake and the judgmental community turning their backs on them. They must find the strength from one another, and the spiritual courage from within, to prove that faith and family is the only score that really matters.

Parents need to know that Catching Faith is an inspirational, faith-based movie about a seemingly perfect family coming apart at the seams. There's the death of a grandparent and a brief scene of underage drinking, the latter of which has strong consequences. The film offers positive role models and a strong message about doing the right thing even when no one is looking, aimed at Christian families who may align with the zero-tolerance attitude toward experimentation and the prominent scripture and prayer throughout.

A parent/grandparent dies of a heart attack; brief funeral scene.

Integrity; doing the right thing even when no one is looking; following the rules; obeying your parents, even when you disagree; maintaining faith; appearances aren't everything.

Underage kids shown at a party holding red cups; a beer is poured from a keg; a teenager is said to have been drinking or drunk; cops bust a party with underage drinking but no one is arrested. There are consequences for drinking.