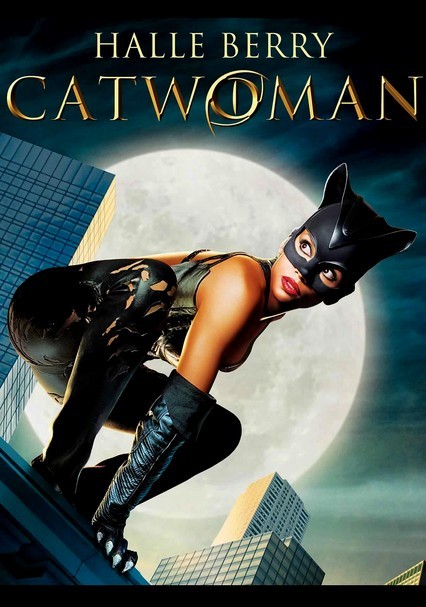 2004 PG-13 1h 44m Blu-ray / DVD
Liquidated after discovering a corporate conspiracy, mild-mannered graphic artist Patience Phillips washes up on an island, where she's resurrected and endowed with the prowess of a cat -- and she's eager to use her new skills as a vigilante.

Parents need to know that despite the lack of profanity and nudity, Catwoman will scare younger viewers with its dark feel, peril and adult themes. There is a pervasive sensuality to all scenes featuring Catwoman and there is a scene of implied sex as well as references to adultery. Several characters die and there are numerous scenes of peril, including a child trapped on a broken ferris wheel. Anyone who has seen the ads featuring the very suggestive leather suit and whip that that the protagonist wears will be aware of the "fantasy" element of Catwoman's character.