Cedric the Entertainer: Taking You Higher 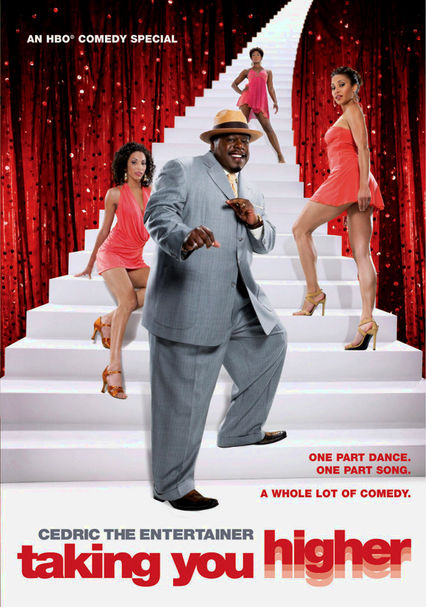 Cedric the Entertainer: Taking You Higher

2006 NR 0h 56m DVD
Comedian Cedric the Entertainer keeps the crowd roaring as he fires off his hilarious takes on everything from church socials to gay marriage in his first solo HBO special. Filmed at Los Angeles's Wiltern Theatre, the show features music and sexy dance numbers in between Cedric's outrageous stand-up bits. Nothing is sacred as the comedian lambastes rap music, Osama Bin Laden, sports and much more. Also includes bonus interviews.