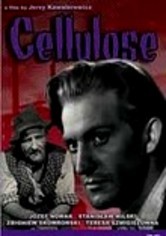 1954 NR 2h 0m DVD
Set in 1930s Poland, this drama tells the story of Szczesny (Józef Nowak), a peasant's son who moves to the big city and begins working in a cellulose factory. As he matures in his new surroundings, Szczesny becomes a political radical and joins the communists. Filmmaker Jerzy Kawalerowicz's solo directorial debut, based on a novel by Igor Newerly, unflinchingly probes the themes of religious and political fanaticism.