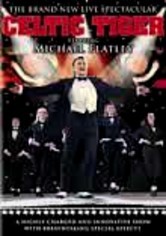 2005 NR 1h 47m DVD
Apparently, Michael Flatley was just kidding when he announced his retirement in 2001 because the Lord of the Dance is back. Premiering in Budapest, Hungary, in 2005, this elaborately produced homage to the struggles of the Irish people celebrates a nation of vibrant personalities -- with Flatley serving as a shining example. Filled with his signature flair, the show features plenty of high-steppin' drama and spectacular special effects.