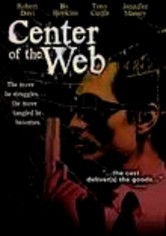 1992 R 1h 32m DVD
Entangled in a deadly web of intrigue, John Phillips (Ted Prior), an ordinary drama teacher mistaken for a professional hit man, must find a way to clear his name and save his skin in this political thriller. Taking on the CIA for crimes he's falsely accused of and the street thugs who want him dead, Phillips uncovers a tangled conspiracy to murder the governor. Tony Curtis, Robert Davi and Charlene Tilton co-star.