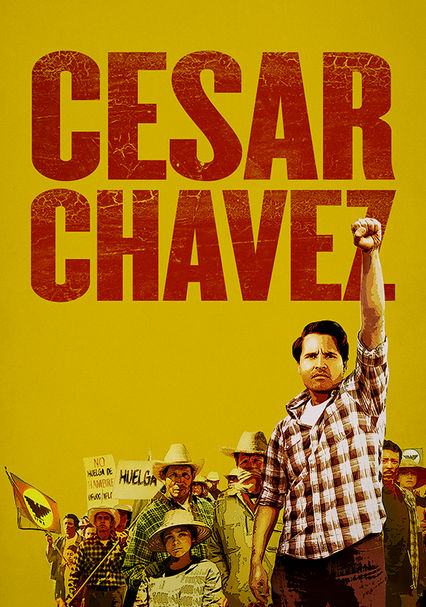 2014 PG-13 1h 41m Blu-ray / DVD
During the 1960s and '70s, Cesar Chavez served as an inspirational leader to tens of thousands of migrant farm workers trying to improve their rights. This biopic recounts Chavez's efforts as the head of the United Farm Workers labor union.

Parents need to know that Cesar Chavez is based on the life of the famed civil rights activist and labor organizer Cesar Chavez , who started working in the fields at 11 and grew up watching the injustices inflicted on farm laborers. Expect some scenes of intense, realistic violence (e.g. characters are beaten with rifles) as farmers and police attack groups of unarmed protesters. Occasional language is strong and includes several uses of "f--k," and "s--t." Though the movie isn't a winner, the characters of Chavez and his partner Dolores Huerta make for outstanding role models who have inspired folks to fight for social justice using nonviolent means.¿

Some gentle kisses between a husband and wife.

Several scenes show the farm owners attacking striking workers with rifle butts, spraying them with pesticides, and firing guns at the group, often as police stand by idly. Later, the cops get in on the action with some intense brawls, attacking laborers with batons and beating protesters senseless.

Occasional swearing, including "s--t," "f--k," "ass" and "Goddamn." A Latino character talks about all the racial slurs people have used to describe him, including "beaner," "greaser" and "brown n-gger."

Perseverance is a key to success, and no one exemplifies this more in the film than Cesar Chavez and his supporters, who fought valiantly and tenaciously for their rights to be recognized.

A few scenes show people smoking cigarettes while relaxing at home and drinking beer or wine at parties.