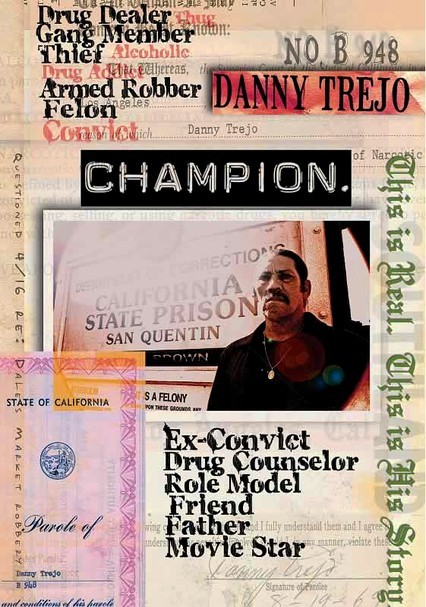 2005 NR 1h 30m DVD
It probably wouldn't surprise you to learn that Danny Trejo (a tattooed character actor featured in such films as Desperado, Con Air and From Dusk Till Dawn) has a checkered past. But this gripping documentary (featuring Dennis Hopper, Val Kilmer, Steve Buscemi and Antonio Banderas) reveals a lot of things you wouldn't expect, including Trejo's troubled childhood, his brush with armed robbery and his ultimate triumph in turning his life around.