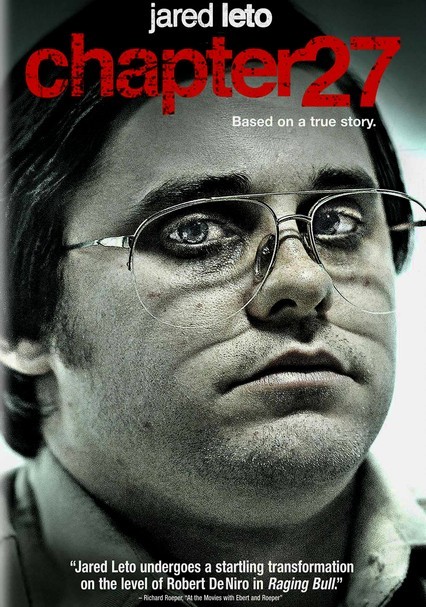 2007 R 1h 24m DVD
Singer-songwriter-activist John Lennon was shot by the deranged Mark David Chapman (Jared Leto) on December 8, 1980, in New York City. Jarrett Schaeffer's film paints a portrait of Chapman and the three days leading up to the tragic murder. When Chapman's obsession with J.D. Salinger's The Catcher in the Rye grips him and inspires him to make a history-changing decision, new friend Jude (Lindsay Lohan) senses danger.

Parents need to know that this slow-moving assassination drama deals with mature themes, including insanity, obsession, and murder. The primary violence is the shooting of John Lennon, which is shown in an impressionistic but still briefly disturbing scene. Chapman rails against a gay couple (there are audible sounds of sex off-screen) and hires a scantily dressed prostitute who gets into bed with him (nothing explicit, just creepy). Language includes "f--k" and "c--t" (both spoken by a background character), and other mild obscenities. Characters smoke cigarettes, and Chapman drinks beer.

Mark listens to a gay couple in the next room at the YMCA as they make love (audible moaning and gasping). A magazine shows a woman's breasts. Chapman hires a prostitute who wears a low-cut dress, then removes it at his behest (cleavage, nude back, body silhouette visible). Chapman appears in his underpants, seated on the bed with the prostitute.

Throughout the film, Chapman plans to shoot Lennon: He practices in front of a mirror with his gun, describes his scheme, and finally shoots (blasts and screaming are heard). The scene is loud and distressing, but brief.

Chapman is plainly delusional and angry; a photographer at the Dakota is focused on his paparazzo mission.