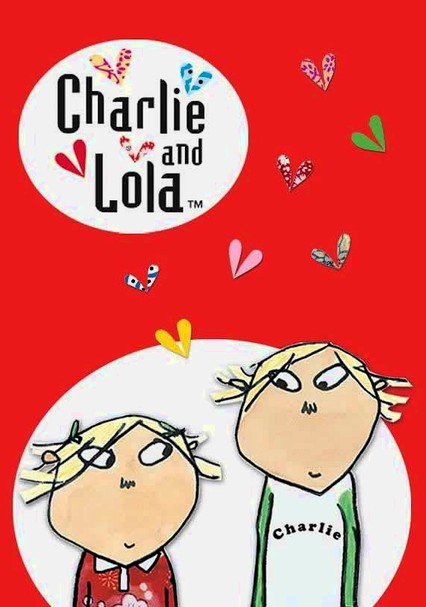 2005 TV-Y 9 seasons
This animated series based on the books by Lauren Child follows the adventures of kindhearted 7-year-old Charlie and his adorable but high-spirited 4-year-old sister, Lola. Together, the siblings happily navigate the typical challenges of childhood.

Charlie's little sister, Lola, has spunk and even more imagination, which makes for an always interesting combination in this charming animated children's series from the BBC, based on Lauren Child's beloved books. Charlie must entice Lola into eating some healthy food; Lola learns how to take care of a dog; and Lola's invisible friend helps her overcome separation anxiety during a visit to her grandparents.

Charlie's little sister Lola is both creative and stubborn, a fierce combination that makes for exciting adventures in this charming animated series from the BBC. In this collection of episodes, based on writer Lauren Child's work, Charlie must coax Lola to go to sleep at bedtime; Lola learns a lesson about sharing with her playmates; and the two siblings prepare for a picnic. An interactive jigsaw puzzle game is also included.

Culled from the animated BBC television show based on a children's book series, this collection of six charming stories follows Charlie and his sister, Lola, as they embark on all sorts of amazing adventures. In one tale, Charlie and Lola receive a play set that they transform into a little city. But the siblings find that sharing it is more challenging than they imagined and are forced to come up with a creative solution to solve their dilemma.

Join 7-year-old Charlie and his precocious little sister Lola for seven fun-filled adventures inspired by the award-winning book series by Lauren Child. Episodes include "Too Many Big Words," "I Will Be Especially Careful," "You Can Be My Friend," "Yes I Am, No You're Not" and "It Is Absolutely Completely Not Messy."

Join 7-year-old Charlie and his precocious little sister Lola for seven fun-filled adventures inspired by Lauren Child's book series. Lola loves her new alligator costume, but Charlie worries when she wants to wear it everywhere. Luckily, Lola's got her big brother to help her get through this and other preschool pitfalls in this compilation from the award-winning Playhouse Disney animated series.

Easygoing Charlie and his feisty sister Lola tackle childhood with ingenuity and adventure in this fun series aimed at the preschool set. In the title episode, Lola and Charlie have creative differences over how to decorate for Charlie's birthday. Other episodes include "My Best Best Bestest Friend," "What If I Get Lost in the Middle of Nowhere?" "I Just Love My Red Shiny Shoes," "Lucky Lucky Me" and "Look After Your Planet."

In the title episode of this charming animated compilation, Charlie is collecting the plastic dinosaurs from his breakfast cereal boxes, and his set is nearly complete. As usual, little Lola wants to be just like her big brother. She decides she'll collect something, too -- but what? When water and leaves don't work out, Lola assembles a collection that may not mean much to anyone else, but makes perfect sense to her.

Follow the adventures of spirited 4-year-old Lola and her older brother, Charlie, in this collection of episodes from the hit animated kids' show, including "I Can't Stop Hiccuping!" in which Lola's hiccups might prevent her from singing in a play. Other episodes include "I Am Completely Hearing and Also Listening," "Our Shop Sells Everything" and "Thunder Completely Does Not Scare Me," in which Charlie teaches Lola all about the weather.

Colorful brother-sister duo Charlie (voiced by Oriel Agranoff) and Lola (Holly Callaway) learn about about the difference between "needing" and "wanting" in the title tale of this collection inspired by Lauren Child's popular children's books. Buoyed by the sight of a friend's brand-new ice skates, Lola decides that she wants -- no, &NFineeds&NFi_; -- her own pair. But once she gets them, they're not as great as she thought they'd be.