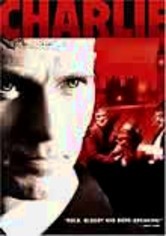 2004 R 1h 35m DVD
Based on the criminal trial of real-life crime boss Charlie Richardson, writer-director Malcolm Needs explores the underworld of 1960s London. Charlie (Luke Goss) rises to power and gets arrested when his connections to white South African businessman Richard Waldeck (Leslie Grantham) involve Charlie with the African National Congress. His case became known as the "Torture Trial" after his gang worked over witnesses who testified against him.