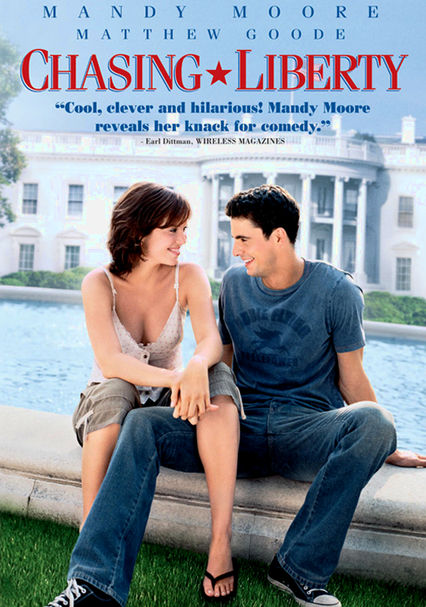 2004 PG-13 1h 41m DVD
Fed up with being shadowed every moment of every day, Anna Foster (Mandy Moore), the 18-year-old daughter of the President of the United States (Mark Harmon), gives her Secret Service handlers (Jeremy Piven and Annabella Sciorra) the slip while traveling in Europe. Her plan is to get some time alone with her new boyfriend, Ben (Matthew Goode). But she hasn't told him who she really is, and is surprised to learn he has a secret too.

Parents need to know that this movie is aimed squarely at 13-year-old-girls. It contains implied nudity, strong language and smoking and drinking (it takes place in Europe where drinking is legal at age 18). Characters also lie and steal without any second thoughts or consequences. Liberty and Ben leave a restaurant without paying and lie to get a free gondola ride. A girl begins to explain the appeal of a pierced tongue, but is stopped before she can finish. Liberty complains about not getting a chance to get to "third base." Liberty twice takes her clothes off in front of Ben (nothing shown), once intending to seduce him, but he refuses. Even after they declare their feelings for each other, they do not have sex, a refreshing departure for the norm in this genre.