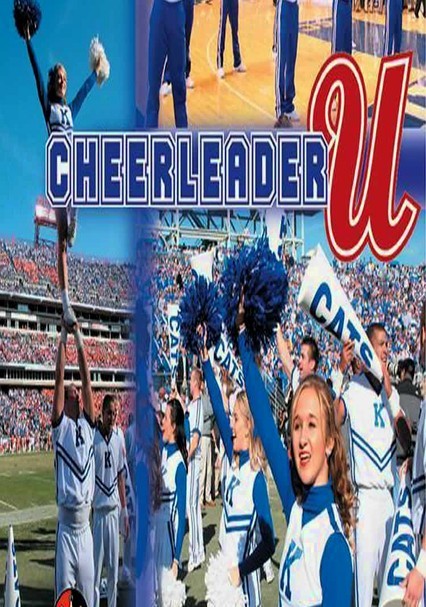 2008 NR 2h 12m DVD
Follow the teammates of University of Kentucky's plucky Blue Squad as they cheer their way to the prestigious National College Cheerleading Championship over the course of eight grueling and emotional months. From tryouts to the finals in Orlando, Fla., these young athletes and coach Jomo Thompson and faculty adviser T. Lynn Williamson demonstrate the grit, sweat and determination of true champions in this absorbing six-episode series.

Parents need to know that this reality show follows the competitive, brutally athletic season of top college cheerleaders. The content is generally problem-free, with much of the focus on the team's actual athleticism rather than their personal issues. Some episodes feature cheerleaders crying or getting emotional when they're disappointed (being cut from the team, etc.). Many episodes contain brief discussions about flirting, dating, or being attracted to someone -- this is college, after all. Women are required to wear red lipstick, makeup, and bows in their hair during cheerleading camp and at other times -- a practice/tradition that goes unquestioned.

Discussion about attractiveness of men and women; some flirting and talk of dating and relationships, without much detail.

Some stunts are dangerous, and there's always the threat of an injury.

Overall, this is a positive show about people doing something they're interested in, passionate about, and have put a lot of hard work into. The series also attempts to break down stereotypes about cheerleading; that said, the sport has some inherent sexism, which is alluded to by the requirement that the women wear certain makeup and accessories while performing their sport. The group of featured athletes isn't particularly diverse.