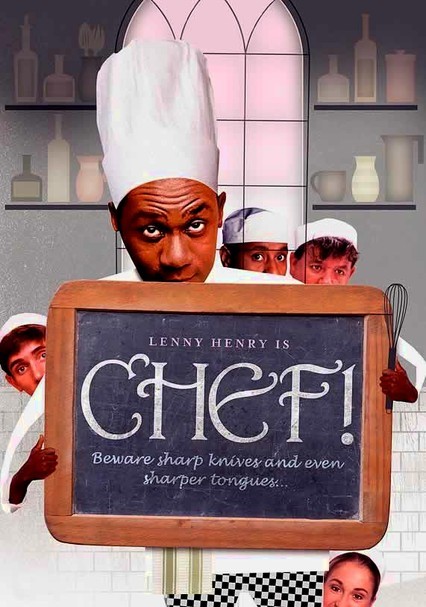 1993 NR 3 seasons
When it comes to this delectable Britcom about the inner workings of an upscale restaurant, it's a classic case of too many cooks. But master chef Gareth Blackstock (Lenny Henry) is ultimately the one who stirs the pot. Too bad most of his employees at the übertrendy Le Château Anglais couldn't care less whether the gravy needs sieving or not. Lumps and all, it's a hilarious look at the less savory side of haute cuisine.

Laughter is on the menu in this savory British sitcom starring Lenny Henry as master chef Gareth Blackstock, who cooks up a storm -- literally -- at the trendy Le Château Anglais restaurant. The tart-tongued, bad-tempered Blackstock rules his domain with an iron skillet. Problem is, his overworked and underpaid crew is strewn with slackers. If you're looking for fast-paced comedy fare and haute cuisine, "Chef!" is made to order.

Lenny Henry returns as short-fused master chef Gareth Blackstock, who dishes up a big helping of cutting humor in this delectable British sitcom's second series. The arrogant, acid-tongued Blackstock rules his fiefdom with an iron skillet. Unfortunately, his underpaid and overworked crew is loaded with loafers. If you crave fast-paced comedy fare -- and a few Epicurean delights -- we highly recommend the "Chef!" special.

Short-tempered master chef Gareth Blackstock (Lenny Henry) continues to serve up biting humor by the platterful at the fashionable Le Château Anglais restaurant in the third series of this delicious British sitcom. Blackstock runs his dominion with an iron skillet, but his overworked and underpaid staff is peppered with shirkers. If fast-paced comedy is on your menu, let "Chef!" ladle out the laughs. Bon appétit!