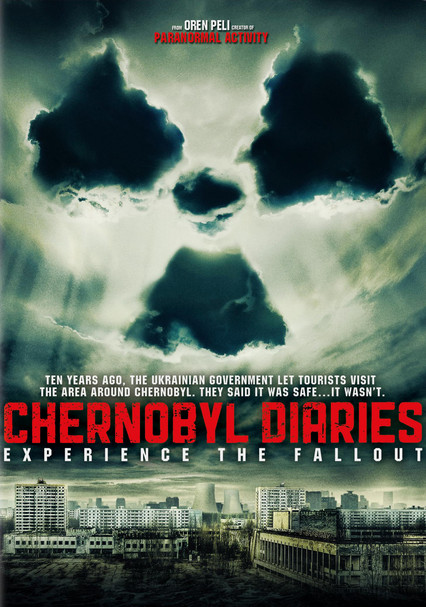 2012 R 1h 26m Blu-ray / DVD
A group of daring kids takes an illegal sightseeing tour through the radiation zone of Pripyat, an abandoned city near the site of the Chernobyl nuclear reactor. Before long, mysterious humanoid forms haunt the visitors' steps, looking for prey...

Parents need to know that Chernobyl Diaries is a horror movie about young people who decide to tour the abandoned towns near the infamous nuclear power plant. Some of the violence, including attacks by wolves and radioactive mutants, is more suggested than shown, but the movie still has plenty of blood, gore, and dead bodies. A gun is also fired many times. Language is strong, with frequent uses of "f--k" and "s--t" throughout. There's some sexual innuendo and kissing in the beginning, as well as some drinking (and hangovers). Chernobyl Diaries comes from the creator of Paranormal Activity, but it isn't anywhere near as creative as that film or its sequels.

Some sexual innuendo during the movie's first 20 minutes. Characters kiss, and one man plans to propose to his girlfriend.

Dead bodies, both humans and animals, are shown. A character has a gory leg wound with a bone sticking out. Guns are fired, and one character is shot. Wolves and radioactive mutants attack. Characters get radiation burns on their skin.

Aside from warning viewers not to enter an abandoned area contaminated by nuclear fallout, the movie has very little to say.