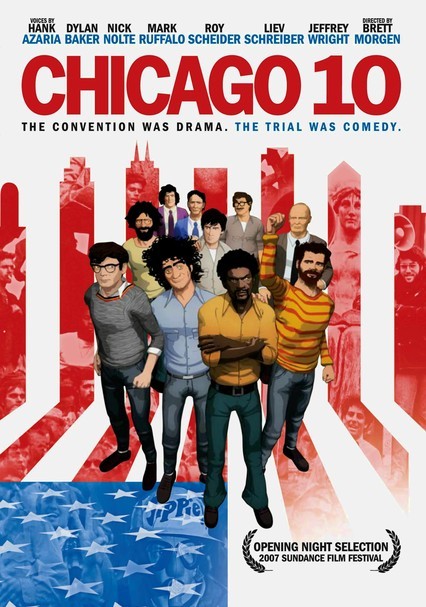 2007 R 1h 30m DVD
Blending archival footage with modern animation, this documentary examines the massive protests besetting the 1968 Chicago Democratic Convention, and the courtroom trial of several activists and participants in the aftermath. Among those featured are Abbie Hoffman and Jerry Rubin, who were charged with inciting a riot. Mark Ruffalo, Hank Azaria and Nick Nolte provide voice-over work, and the soundtrack features Rage Against the Machine and Eminem.