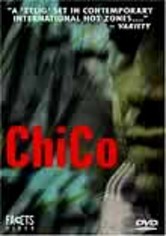 2001 NR 1h 52m DVD
Hungarian director Ibolya Fekete takes on a difficult subject -- the high cost of war and relevance of idealism -- in this moving film. As seen through the eyes of a young traveler who manages to find himself in places that soon are embroiled in discord -- such as Latin America in the 1960s, Hungary in the '80s and Croatia in the '90s -- the world appears to be a beautiful but conflicted and anguished place. Janos Agoston and Sasa Anocic star.