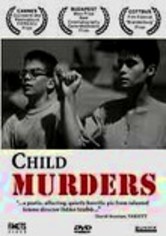 1993 NR 1h 19m DVD
Set in Budapest, this drama reveals the emotional and physical abuse endured by children including motherless Zsolt (Barnabás Tóth), who is the sole caretaker of his ill grandmother. For better and worse, Zsolt's entire world changes when he helps a gypsy woman. Co-starring Mari Balogh, Ildikó Szabó's stark black-and-white drama earned the Fipresci Prize at the 1993 Cannes Film Festival.