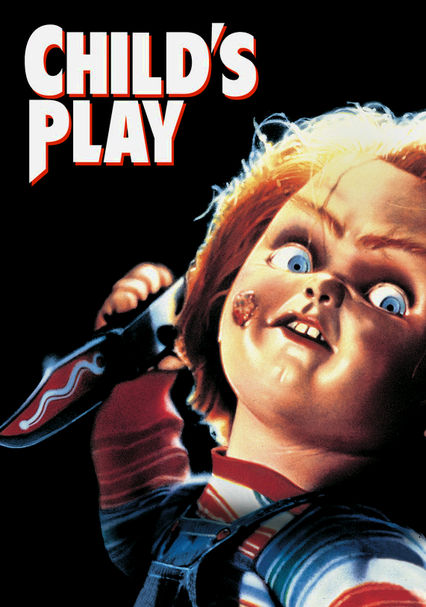 1988 R 1h 27m DVD
Before being gunned down by cops, a serial killer transfers his soul into the body of a chubby toy doll named Chucky, who ends up as a present for 6-year-old Andy. When a rash of murders ensues, only Andy understands that Chucky is the culprit.

Parents need to know that this could have gotten a PG-13 rating if it weren't for the F-words. There are a few killings, the violence mostly of an unreal horror-flick variety (an electrocution victim gets charred and bloody, like hamburger). Some kids do have fears about dolls coming to life -- Poltergeist exploited this phobia superbly -- and younger kids might be scared by visuals of a vicious killer doll (though when the diminutive Chucky hurls himself at victims older kids will probably be able to laugh it off). Sequels grew even more bloody and twisted, but also more satirical over time.

An unusually low body count, but Chucky still attacks and maims with a knife, a bat, even his teeth. One character shot to death, another electrocuted until his face becomes hideously charred. Voodoo magic breaks limbs. Explosions and reckless driving.

While Andy and his protective mother are ostensibly admirable characters, the mechanics of the plot depict most of the adult world as domineering and threatening, with authority figures (like a psychologist) who refuse to believe Andy and put the innocent lad in even greater harm's way.

Products are fictitious, but you remember toys (like Teddy Ruxpin) who bear a certain mild resemblance to the Chucky "Good Guy" doll. Yes, there are "Chucky" action figures for sale now.

One character smokes, and there is a brief visit to a boozy Skid Row neighborhood.