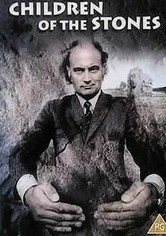 1977 NR 2h 54m DVD
Astrophysicist Adam Brake (Gareth Thomas) and his teen son Matthew (Peter Demin) investigate the roots of a mysterious stone circle in the quiet British village of Milbury, where they encounter the sinister Rafael Hendrick (Iain Cuthbertson) and entranced villagers known as "the happy ones." Collected here are all seven episodes of the eerie 1970s British series, as well as bonus interviews with Thomas and producer-director Peter Graham Scott.