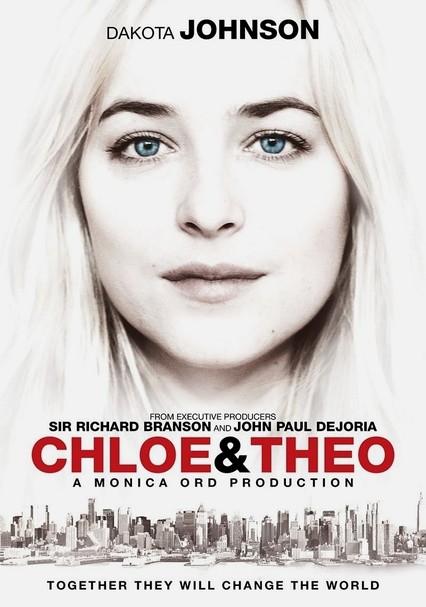 2015 PG-13 1h 52m DVD
Determined to save his Arctic Inuit homeland from environmental ruin, Theo -- hoping to reason with the powers that be -- sets off for New York City, where he finds an unexpected ally in a homeless young woman named Chloe.

Parents need to know that Chloe & Theo is a 2015 movie about an Inuit man named Theo who, at the behest of his elders, leaves "the North" (Nunavut) for "the South" (New York City), where he is to find the leaders of the rest of the world and alert them about the impending environmental apocalypse as both prophesied by Theo's forefathers and observed firsthand in the changes of his land. There are positive messages about saving the environment from climate change and the effect individuals, nonprofits, and corporations can have on bringing about positive change. Someone is stabbed to death by muggers and left for dead in a pool of his own blood, and an attempted mugging by a knife-wielding criminal is narrowly averted. One character is always holding and drinking from a brown-bagged bottle of booze, and another character makes reference to once being a junkie.

A man is stabbed and left for dead in a pool of his own blood. Three men attempt to mug a man walking down an empty alley. A character that is arrested and handcuffed to a desk loses her temper and tries to hit and kick her law-enforcement interrogators.

One of the characters frequently uses the word "freaking" as an obvious substitute for "f--k."

Movie shows how one person can bring about profound positive change in the world. Discussion of how climate change is beginning to have a negative impact on the land in and around the arctic circle that the Inuit call home and what committed individuals, nonprofits, and corporations might do to raise a greater awareness of what's happening.

Messages about how materialism and our consumer culture lead to overconsumption, unhappiness, and alienation.

One of the lead characters is always holding and drinking from a brown-bagged bottle of booze. At a celebratory party in an apartment, characters drink wine and champagne and act somewhat drunk as they shout and try dancing to music.