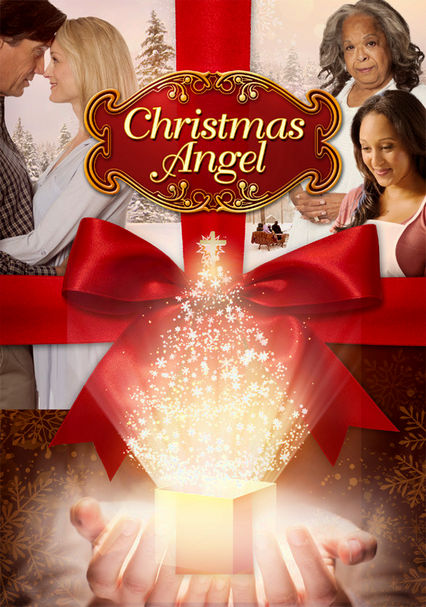 2012 NR 1h 35m DVD
While writing an assignment for school about Christmas wishes, Olivia Mead begins to notice strange things happening around her. As her wishes start to come true, she becomes convinced that they are miracles linked to a woman she thinks is an angel.

Parents need to know that Christmas Angel is a faith-based film that espouses a belief in angels and God's will in the role of everyday lives. It also has some heavy themes about loss, illness, and death. But, overall, it offers strongly positive messages about kindness and compassion, with an emphasis on doing good deeds for others.

A man kisses a woman abruptly.

The film has some heavy themes regarding loss, illness, and death. It also contains light bullying, which includes pushing, taunting, and knocking over schoolbooks. There's a very minor fight between two kids with some pushing and slapping, though one of the kids stages it on purpose to get attention. Additionally, some kids vandalize an abandoned house by breaking the windows.

There are positive messages about wanting good things for others, being kind, and the power of kindness and goodwill, but these are rooted in faith-based notions of Christianity.

The premise of the movie -- that an angel in an abandoned house grants wishes -- creates a fervor in the kids in the film, who ask for, and get, bikes, dogs, and other coveted wish-list items that may encourage this desire in others.