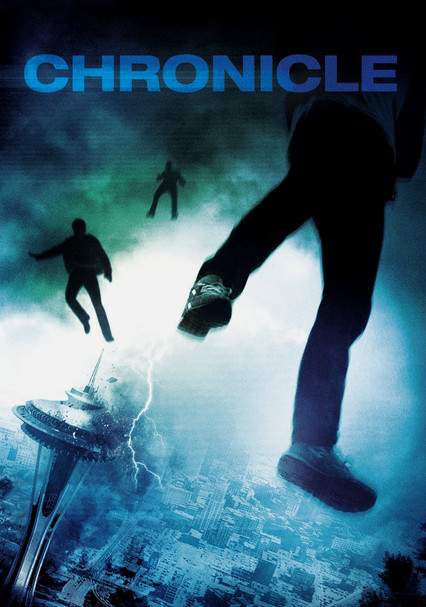 2012 PG-13 1h 24m Blu-ray / DVD
Soon after three teens stumble upon an unidentified substance in the Pacific Northwest woods, they begin to exhibit powers beyond their wildest dreams. But harnessing their newfound abilities proves far more challenging than they ever imagined.

Parents need to know that Chronicle is an action thriller about three teens who happen upon a strange discovery and, soon after, develop telekinesis and other powers. There's plenty of over-the-top violence (including deaths, the bloody aftermath of fights, explosions, and other mayhem), and the movie also deals with heavy themes -- chronic illness, abuse, rage, family dysfunction, financial distress, and more -- which makes it too intense for younger viewers. Still, it's surprisingly heartfelt, and it captures well the dynamics of teenage male friendships (especially the way they talk). Some scenes portray underage drinking (to the point of drunkenness), and there's also swearing, sexual innuendo, and implied sexual encounters.

Teen couples kiss; one scene shows a bungled sexual encounter. No outright nudity, but major hints at what has taken place. A teen boy is shown pulling up his pants and buckling his belt. Discussions about virginity (having lost it already, wanting to lose it).

Plentiful and sometimes quite brutal. Andrew's father hits him (with his fists) at the slightest provocation; he also says very hateful things that demean and hurt Andrew. When the three teens use their new powers, there's plenty mayhem (people are tossed and battered, cars are thrown, buildings explode) and destruction (blasts, explosions, etc.). Some scenes linger on the bloody aftermath of fights, and some characters die because of these face-offs. A teen is bullied at his high school; his camera is yanked away and tossed to the ground. A classmate tries to strangle him. Later, he gets his revenge.

Three teens form a strong friendship that clearly makes a difference in their lives, though they don't always treat each other perfectly. The movie also suggests that when you're given a special talent or gift, it's important to treasure it and use it wisely; the story serves as a warning against the potentially corrupting influence of immense power.

Teen drinking at parties (they hold tell-tale red cups in their hands); some drink to inebriation.