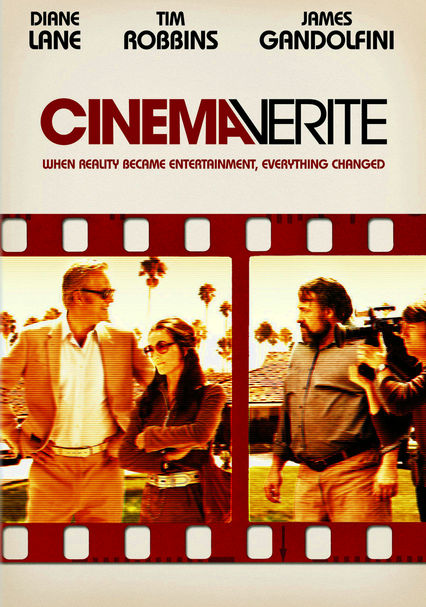 2011 NR 1h 30m Blu-ray / DVD
Based on "An American Family," the groundbreaking 1973 documentary series that paved the way for reality television, this HBO original movie follows a California family's fateful decision to have their lives filmed for the whole world to see.

Parents need to know that this made-for-television movie targeted at adults has unbleeped swearing (in the form of "bulls--t" and "a--hole), although characters don't use strong language constantly. Many scenes involve alcohol, too, and some characters smoke cigarettes. Sexual content isn't overt and is limited to innuendo, with scenes alluding to extramarital affairs and homosexuality.

Some sexual innuendo and kissing, plus references to extramarital affairs and homosexuality, but nothing overt.

One scene involves a physical fight with punching.

Characters give the middle finger and use unbleeped language like "bulls--t," "a--hole," "hell," "damn," and "son of a bitch," although usage isn't constant.

Overall, the film raises questions about the merits and motives of "reality" television, revealing the good, bad, and ugly aspects of living your life on camera.