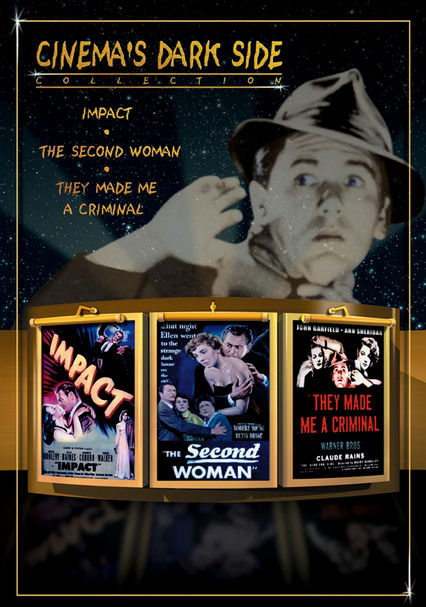 1951 NR 4h 33m DVD
This unique collection from Hollywood's golden age showcases three classic film noir flicks released in 1939. Impact tells the story of a man (Brian Donlevy) suffering from amnesia who learns of his own torrid past. Second Woman is a gothic tale of a man (Robert Young) plagued with uncanny bad luck. They Made Me a Criminal follows a boxer and murder suspect (John Garfield) who reforms a group of dead-end kids while he's on the lam.