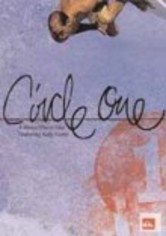 2003 NR 0h 35m DVD
With a fast-paced soundtrack and some of the greatest names in surfing, Circle One is sure to entertain. Check out Ben Bourgeois, Kelly Slater and Danny Fuller as they catch one big wave after another, showing off the moves that have made them famous. Filmed at various locations around the globe, this video delivers some of the best surfing footage around and has been hailed as one of 2003's best films by &NFiSurfer Magazine&NFi_;.