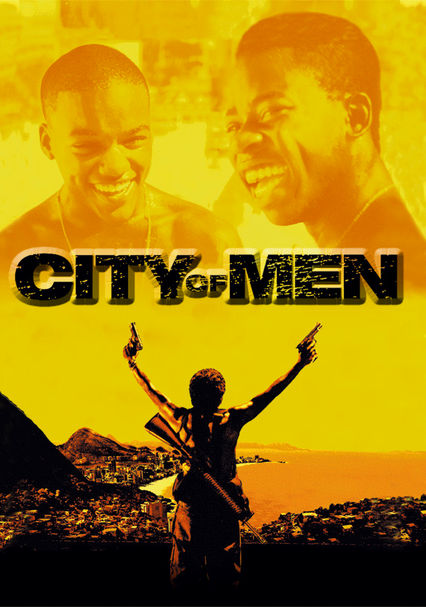 2007 R 1h 50m DVD
In director Paulo Morelli's follow-up to Fernando Meirelles's Oscar-nominated City of God, 18-year-old best friends Acerola and Laranjinha are struggling to come to terms with the pressures of manhood in the midst of a bloody neighborhood gang war.

Parents need to know that the main characters in this subtitled drama are young (some don't look older than 10), impoverished gangsters in Rio de Janeiro who commit frequent acts of bloody violence. Along with wrestling and fighting, there's shooting (with both handguns and automatic weapons), standoffs, and ambushes in the streets; one gang burns down a woman's house because she's related to an enemy. There are several sex scenes, but they're brief and blurry (movement is obvious, but nudity is muted). Girls wear bikinis on the beach, and boys comment on their looks. Language includes frequent uses of "f--k" and other profanity. Characters smoke cigarettes and marijuana and drink liquor.

Women appear in bikinis and skimpy clothing (sometimes showing cleavage) on the beach and during street/rooftop parties. Brief blurry sex images in a bed (movement shown but figures not explicit). Ace has sex with various women at his workplace (he's a security guard); there are brief images of them on his lap and some kissing. Wallace flirts with his girlfriend; he also tells a story about a girl seducing him.

Violence is both casual and explicit. Kids wrestle and fight in playful ways but also engage in brutal behavior that includes beatings, combat-style shootouts, and ambushes in the city streets (with automatic weapons, from rooftops, hiding in alleys), as well as point-blank shooting. Wounded victims are bloody. Repeated images of kids with guns. When Ace is given his first gun, he's excited -- then he witnesses a shootout and won't fire his weapon. A boy learns that his father shot a friend's father in the back.

Young gangsters take up combat and retaliation, essentially without any oversight by urban authorities or parents; in fact, most adults are either gangsters themselves, ex-cons, or victims. The film does differentiate between gangsters showing moral development (and seeking escape from the cycle) and those who only want to commit more mayhem.

Drinking and cigarette smoking at a bar; some gang members smoke marijuana several times. Someone wears a T-shirt that says "Tequila."