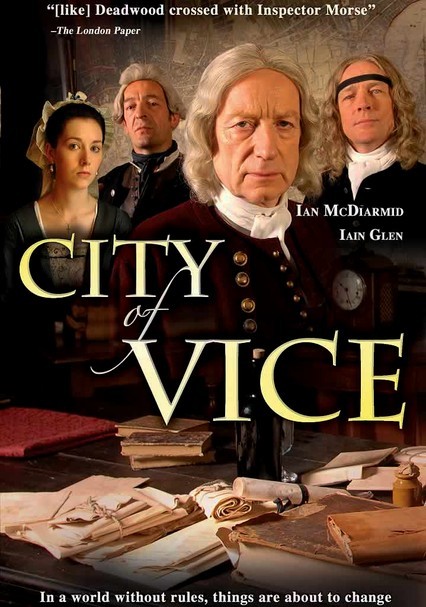 2008 NR 2 discs
Inspired by actual events, this five-part period drama set in 19th-century England chronicles the formation of the Bow Street Runners, a small-scale police force organized to rid London of whores, thugs and other ne'er-do-wells. With help from his blind half-brother (Iain Glen), author and magistrate Henry Fielding (Ian McDiarmid) takes it upon himself to clean up the city's scum-filled Covent Garden and restore a sense of law and order.