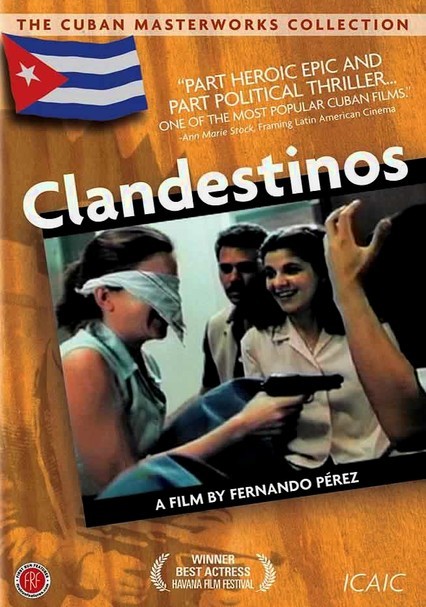 1987 NR 1h 29m DVD
In 1950s Havana, a romance blooms between two young revolutionaries (Isabel Santos and Luis Alberto Garcia) whose clandestine printing press publishes pamphlets meant to stir up rebellion against the dictatorship of Fulgencio Batista. As their popularity grows, so, too, does their revolutionary zeal and their desire to mobilize other urban guerilla units in this popular Cuban drama from acclaimed director Fernando Pérez.