Clash of the Gods 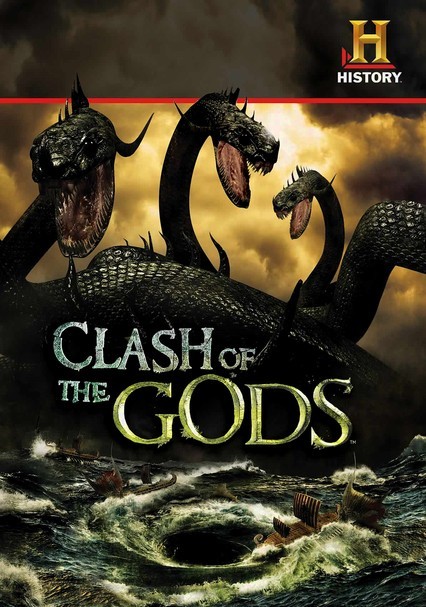 Clash of the Gods

2009 TV-PG 3 discs
Dive deep into the sacred realm of the ancients with this History Channel documentary series that recounts and examines the mythologies of Scandinavia, the Mediterranean and other lands, including tales of Greece's king of gods, Zeus. Revealing how these stories continue to shape Western thought and culture, the program also explores the trials of mighty Odysseus, the terrible fate of Medusa, and the legends of other gods, heroes and monsters.

Parents need to know that this educational series offers up fascinating tidbits about the origins of the mythical Greek gods -- a popular subject among many tweens. But along with that information comes stylized depictions of violence and monsters that could scare younger children, as well as matter-of-fact references to sex (including incest between brothers and sisters). When it comes to messages and role modeling, it's a draw: Most of the gods are complex characters who engage in a mix of good and bad behavior, but there are certainly heroes among them.

It's not a major focus, but depending on the story, things can get a little steamy. Zeus, for example, had an "an uncontrollable sex drive," "an endless string of sexual partners," and "liked the ladies." A lot. (He had upwards of 100 conquests.) Some gods and goddesses also produced children through incestuous relationships, specifically brothers mating with sisters.

Gods and goddesses wage war against their enemies with spears and bows and enlist the services of otherworldy allies -- including cyclops and the so-called "hundred handers" -- that are pretty scary-looking. Cannibalism is mentioned.

Occasional (and generally academic) use of words like "hell," "damned," and "bitch."

Sending a positive (or negative) message really isn't the point of this show, but it does present heroic acts in a positive light and shows the result of negative actions like philandering, treachery, and dishonesty.