Classic Ski Films: The Last of the Ski Bums 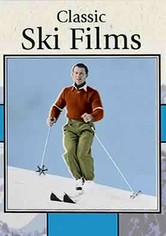 Classic Ski Films: The Last of the Ski Bums

1967 NR 0h 54m DVD
While on vacation from his job as a Los Angeles firefighter, amateur filmmaker Dick Barrymore trained his camera on the slopes to make a ski documentary -- and never looked back. Capturing an era of 1960s carefree bliss, Barrymore's The Last of the Ski Bums follows the exploits of three freewheeling Americans who split their time between navigating French nightclubs, gambling in Monte Carlo and skiing the slopes of the Tasmin Glacier.