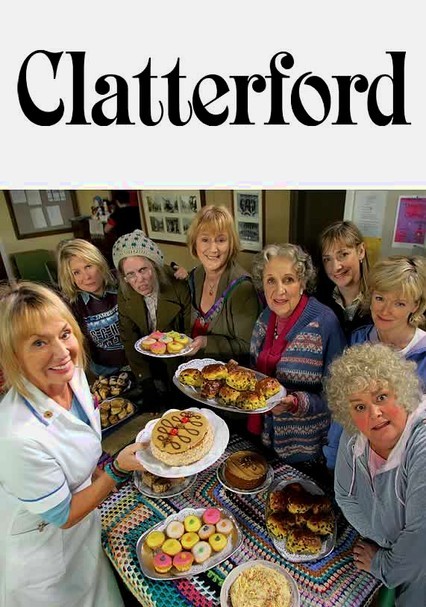 2006 TV-PG 2 seasons
Set in the pastoral English town of Clatterford, this gently humorous sitcom centers on the eclectic members of the Women's Guild, who gather to gossip, trace their family trees and help one another out of jams. With grave purpose, Eileen Pike (Maggie Steed) heads the guild, which also includes schizophrenic Rosie Bales (Dawn French) and her alter ego, and loose-lipped Tippi Haddem (Pauline McLynn), who has a nasty habit of talking out of turn.

Big changes are in store for Sal (Sue Johnston), Tip (Pauline McLynn) and the other members of Clatterford's women's guild, including the launch of an official guild Web site, an ambitious war reenactment and a growing rivalry with a guild in the neighboring village. Also in the second season of the zany BBC One sitcom, a romance blossoms between Sal's daughter Tash (Sally Phillips) and her hippie mailman pal Spike (Simon Farnaby).

Provincial eccentrics crowd the life of nurse Sal Vine (Sue Johnston) in the third and final season of the BBC comedy created by Jennifer Saunders ("Absolutely Fabulous"). Sal's daughter Tash (Sally Phillips) leaves home, but just barely, moving into a van parked outside the house. Meanwhile, the Clatterford Women's Guild works itself into a maelstrom of excitement when a rumor spreads that a famous actor plans to take up residence.

Occasional body humor includes comments like "Is it an itchy anus?" and mention of medical topics like Pap and urine tests.

Rarely, something like a cell phone or iPod makes an appearance.

Adults sometimes frequent the neighborhood pub for a drink or two. Conversational drug references include mention of roaches and skunks.