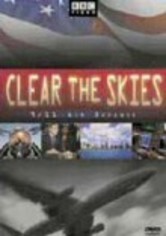 2005 NR 1h 0m DVD
Sept. 11, 2001, will forever be etched in memory as one of the most tragic days in American history. This documentary goes behind the scenes as the government put into play its daunting plan to remove the skies of any aircraft that wasn't part of the American military's efforts to secure the safety of the nation. Included are interviews with former Transportation Secretary Norman Mineta, Speaker of the House Dennis Hastert and more.