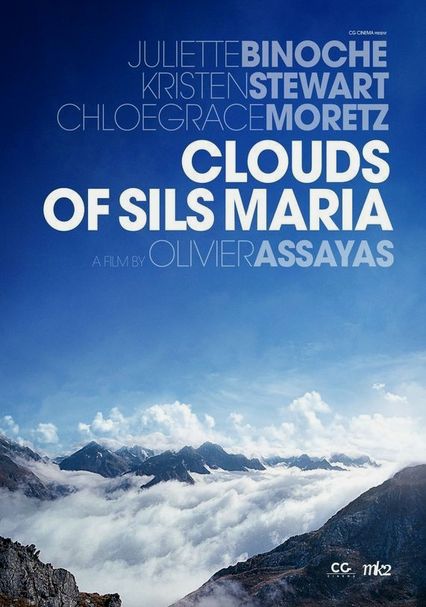 2014 R 2h 3m Blu-ray / DVD
Twenty years after her breakthrough role as a young woman who beguiles and ultimately destroys her mentor, Maria Enders is invited -- in an ironic twist -- to play the part of the older woman in a stage production of the same drama.

Parents need to know that Clouds of Sils Maria is a thoughtful look at the inner life of an aging celebrity (Juliette Binoche) who's had a very successful career but is still feels threatened by a much younger starlet (Chloe Grace Moretz). The movie deals with learning to embrace where you are in life, and the complex themes may resonate more with adults. Expect frequent swearing, including "s--t" and "f--k," as well as plenty of drinking and smoking. Characters get into a minor fender-bender while tipsy and then flee the scene. Women are briefly shown undressing to go skinny dipping; one is seen in her underwear and the other nude.

Two women briefly discuss the relationship that one of them has with a man they both know. The women are briefly seen getting undressed to go swimming in a remote lake, one in her underwear and one in the nude. References to sex and affairs.

People aren't always aware of the impact they have on those around them, especially celebrities who are accustomed to being catered to. Themes include dealing with aging and insecurity.

People use iPhones and iPads on many occasions. Gossip website TMZ mentioned by name.

The main characters drink frequently, at meals, at nightclubs/social events, and at casinos. On multiple occasions they seem more than a little tipsy. Once they pile into a car after a night out, clearly not ready to be behind the wheel; they immediately back into another vehicle and then flee the scene, laughing. They also smoke cigarettes throughout the film. Reference to drug addiction.