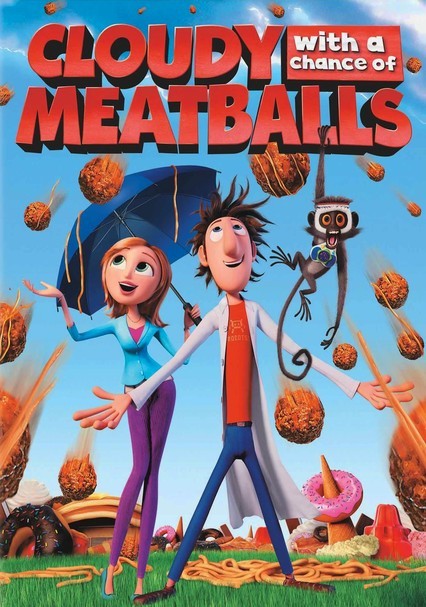 Parents need to know that this adaptation of the classic children's book Cloudy with a Chance of Meatballs is bound to attract the 10-and-under set. While there's nothing overtly age-inappropriate in the movie, expect a bit of salty language along the lines of "hell" and and the occasional mild insult like "stupid" or "knuckle scrapers." The few tense/slightly scary scenes are weather- and giant food-related -- which could upset little kids who are sensitive to fears about natural disasters -- and there's a brewing romance between the main character and a weather reporter. Although no grand life lessons are offered, the movie does center on a son's need for fatherly encouragement and the idea that you shouldn't compromise who you are just to be popular. The movie's plot is very different than the book's, so those expecting a straight adaptation may be disappointed.

Sam and Flint flirt with each other on several occasions, and in one sequence it's clear that Flint is "pursuing" Sam to be his girlfriend. After almost kissing a couple of times, they finally do kiss.

A hurricane of food threatens to destroy Chew and Swallow, as well as other major cities around the world. Characters are in danger/peril due to enormous falling food -- and other food mutations (including somewhat creepy headless chickens). The "rat birds" are humorously creepy and pop up again and again -- in one case, a rat bird snatches up the "world's biggest sardine."

Kids may take away positive ideas about being liked for who you really are and not having to change your appearance just to be cool. There's also a recurring theme about parents needing to have faith in their children, as well as negative consequences for unchecked greed.