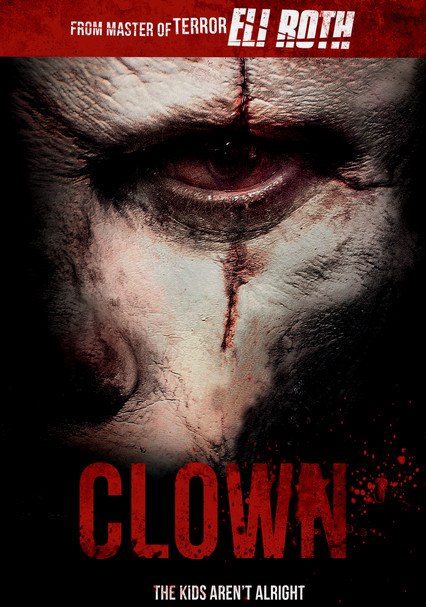 2016 R 1h 40m Blu-ray / DVD
When the clown he hired for his son's birthday party fails to show up, Kent McCoy dons a clown suit from his attic to entertain. But after the party, he's unable to remove the costume and soon begins to feel a murderous spirit taking control of him.

Parents need to know that Clown is a mean-spirited horror movie about a good dad who unwisely puts on a demonic clown suit for his son's birthday party and ends up trying to kill children. The character is punished for his deeds, even though he's more a victim of bad luck than anything. Violence is gory and gruesome, with children killed, lots of blood, severed limbs, broken limbs, decapitations (both dog and human), vomiting of bones and blood, and power saws and sledgehammers used as weapons. The bad guy also starts to rip into a woman's stomach to get at her unborn baby. Language is also strong, with several uses of "f--k" and "s--t" and kids swearing. A husband and wife share an intimate moment on the couch; she straddles him and they kiss. A character drinks drugged tea and passes out.

A married couple kisses; she straddles him on the couch.

A father starts trying to do the right thing for his son but is then unnecessarily punished for it, as is his family.