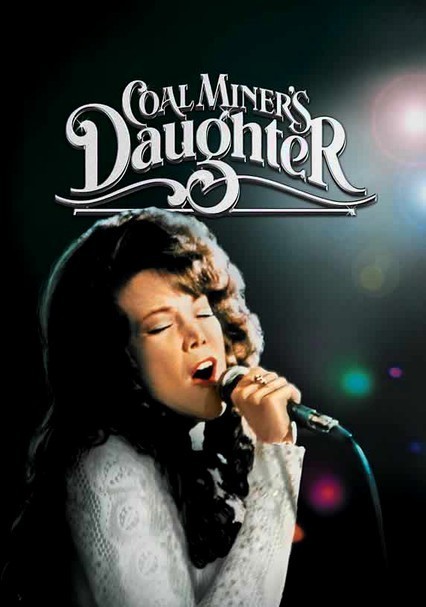 1980 PG 2h 5m DVD
Sissy Spacek shines in her Oscar-winning role as country singer Loretta Lynn in this biopic that charts the queen of country music's rise -- from her hardscrabble upbringing in Appalachia to stardom at the Grand Ole Opry.

Parents need to know that Loretta and Doo have a volatile relationship. Loretta meets and marries him at 13, and is horrified to have sex with Doo, who's several years older. Doo forces himself on her anyway (in a scene that's under the covers and not visible, but still disturbing). Later, they fight publicly with each other, hitting and slapping each other. There's plenty of alcohol use and abuse here as well. Loretta takes sleeping pills.

Doo rapes Loretta the first time they have sex. Everyone has guns in Butcher's Hollow. A man shoots the moonshiner. Loretta's father spanks her with a switch for going out with Doo all day. Doo slaps Loretta three different times, and threatens to hit her another time. Loretta hits Doo with her purse several times. Doo punches a guy and gets into a brawl at a bar. An overzealous fan rips hair from Loretta's head.

Loretta gets married at 13 and has her first child at 14. Doo tries to control Loretta and is occasionally cruel to her.

There's lots of alcohol use here. In Kentucky, lots of people drink moonshine. Doo drinks after work, on the tour bus, and while caring for his kids. Patsy Cline drinks beer while in the hospital. A man adds whiskey to his soda. Loretta takes lots of sleeping pills, though it's unclear whether she's addicted to them.