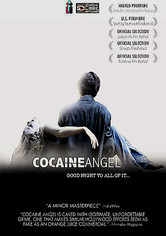 2006 NR 1h 15m DVD
In his feature film debut, indie director Michael Tully crafts a darkly comic portrait of a drug addict's endless days on the sunny streets of Jacksonville, Fla. Over the course of 24 hours, an unkempt cocaine junkie named Scott (screenwriter Damian Lahey) stumbles through a mixture of mundane tasks and misadventures, even spending "quality time" with his young daughter who's in his care for the weekend.