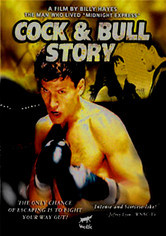 2003 NR 1h 45m DVD
Travis (Bret Roberts) lives on the gritty south side of Chicago, but he has a plan to escape the neighborhood: He's going to make it big as a boxer, and he's just a few fights short of turning pro. But his childhood friend, Jack (Brian Austin Green), has other plans. Realizing his pal is about to leave him in the dust, stuck in the mire and mess of poverty, Jack prepares to sabotage Travis on the night before his most important bout.