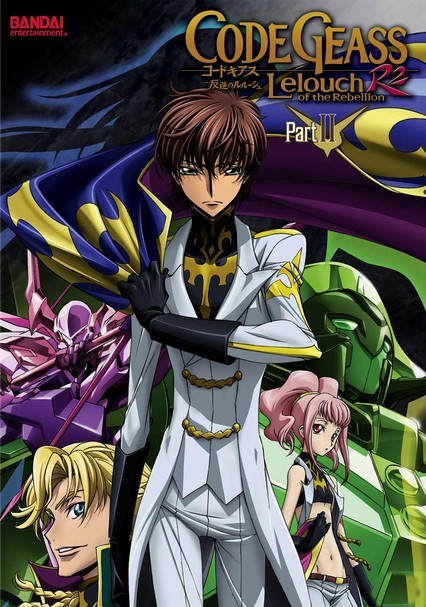 2008 NR 2 discs
Set at a time when the world has been divided among three superpowers -- the Empire of Britannia, the Chinese Federation and the European Union -- this anime series follows the story of Lelouch, a rebellious young Britannian who flees to Japan. Vowing to liberate the nation -- now known as Area 11 -- from its Britannian overlords, Lelouch transforms himself into a rebel named Zero and acquires the mystical power of Geass. Part 2 contains episodes 8-13.