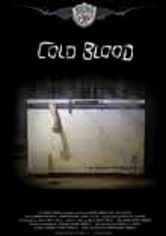 2001 NR 1h 23m DVD
Overcome with an inexplicable rage, an otherwise happily married man (Barnes Walker III) murders his wife in cold blood and flees to his sister's abandoned farm, where he plans to hide out from the police -- and, to some extent, from himself. But soon after arriving, he realizes he's anything but alone, receiving visits from curious locals, his wife's angry ghost and her suspicious lover, who's come to investigate her death.