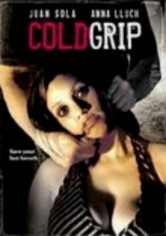 2004 NR 1h 20m DVD
A man makes a mistake he'll regret for the rest of his life when he hits on a woman at a bus terminal in Javier Barbera's thriller. When Robert (Juan Sola) spies Greta, he wastes no time and quickly engages her in a flirty conversation. The pair leaves the bus station for a more intimate setting, but Robert's one-night stand turns into a nightmare when he discovers the sexy stranger is a killer with a deadly secret. Anna Lluch also stars.