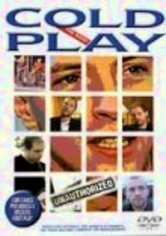 2004 NR 0h 48m DVD
British rockers Coldplay burst onto the scene in 1996, and by the dawn of the new millennium had claimed their first international hit with the single "Yellow." This documentary chronicles that journey. Charting a remarkable evolution, the film tells the band's story, from their University College London beginnings to their present-day superstar status. None of the band's music is included.