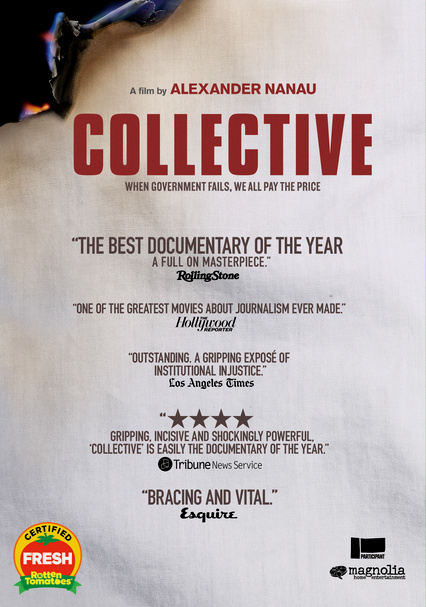 2020 NR 1h 54m DVD
Follow a heroic team of journalists at the Sports Gazette in a gripping exposé as they uncover shocking corruption in the Romanian national healthcare system. After an explosive fire at a Bucharest nightclub, the mysterious death of the owner of a powerful pharmaceutical firm, and the quiet resignation of a health minister -- seemingly unrelated events -- the intrepid reporters uncover a larger political scandal. Take an up-close look as the Gazette team methodically discovers layer upon layer of unbridled fraud and criminal malfeasance.